Online advertising: The European Commission is opening an investigation into possible anti-competitive behavior by Google.

The European Commission indeed recalls that spending on display advertising in the EU amounted « according to estimates, to around 20 billion euros».

In France, the 220 million euro judgment against Google by the Competition Authority in June 2021 for having granted preferential treatment to its own intermediation and advertising auction management services highlights that the share of Google and Facebook’s market in the digital advertising market reached almost 75% for only 30% of the audience, while the audience share of media present on the internet (Le Figaro, Les Echos, TF1, M6, BFM, RTL, France Info, etc.) is 25% for only 10% market share.

Indeed, the media are the collateral victims of the biased competitive system by which Google has captured a dominant share of the digital advertising market, allowing it to use media content, audience and data to capture value in this market and favor its own inventories (advertising space).

Thus, on a French market of approximately 8 billion euros per year, this means that by favoring its own advertising spaces (Youtube, Google Search, etc.), Google manages through its multiple conflicts of interest and its practices of self-preferences to divert a significant share of the digital advertising market to the detriment of traditional media

« Google must stop systematically defying the rules of competition ! » 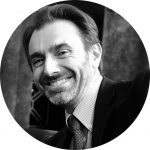 Between 800 million and 1 billion euros must be redirected from the duopoly (Google and Facebook) to other natural beneficiaries of advertisers’ digital campaigns. The decision of the ADLC is a decisive decision as a first step to allow this rebalancing.

The Open Internet Project is closely monitoring this issue, which concerns both adtech companies, French and European online advertisers and publishers.